Where is Marijuana Legal?

In the United States, weed is not legal everywhere… yet. The number of states legalizing medical and recreational marijuana is increasing by the year. Here is the current roundup of the states where pot is legal and in what capacity.

Legalization of Marijuana by State 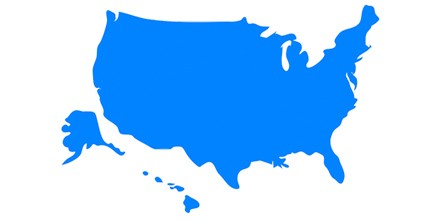 The U.S. states where weed is legal for medical AND recreational use are Washington state, Colorado, Alaska and Washington, D.C. Of course, in D.C., it is still not legal to buy. Also, being “legal” means you must be an adult, obviously.

For medical marijuana, it is legal in 20 states: Minnesota, Pennsylvania, Vermont, New Hampshire, Minnesota, Maine, Delaware, Illinois, Arizona, Connecticut, Hawaii, Montana, New Jersey, California, New York, Rhode Island, Maryland and New Mexico. However, federal marijuana law has not changed, despite the state modifications, with marijuana continuing to be a federal offense as per the Office of National Drug Control Policy.

For recreational marijuana, there are many states that might make the move this year. Initiatives are awaiting approval or disapproval in 10 states, including Michigan and Hawaii. There are more states that also might see the legalization of medical marijuana this year, including South Dakota and Louisiana.

There are also 15 states that have debated laws decriminalizing weed. “Decriminalizing” means lowering the penalties associated with possessing small amounts of marijuana. However, almost half of these bills have been turned down or missed their legislative due dates.

The move by a state to legalize marijuana does not necessarily mean that it will also decriminalize the substance. Some states are close to decriminalization but not so much for regulation, for example.

Those people in favor of both legalization and decriminalization of cannabis explain that it would be monetarily advantageous to states and help boost the U.S. economy. The outcome of the 2016 presidential election is likely to be ripe for changes to federal marijuana laws, so we look forward to updating you as they happen.

Where is Marijuana Legal? Videos

Where Is Marijuana Legal in the United States? List of Recreational and Medicinal States

These Are All The States That Have Legalized Weed