In the legal-marijuana industry, women are grabbing at opportunities to be executives in the hopes that they will avoid the glass ceiling effect that is noticeable in many other business sectors. Here is more about women in leadership roles in the cannabis industry.

Women are Dominating the Cannabis Industry 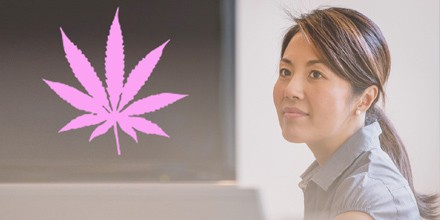 Women are taking the reins as the driving force in the growth of the marijuana industry in the United States, including Denver, where the recreational sale of pot became legal in 2014. Legal cannabis may be the first industry where women will dominate it.

Going Against the Gender Bias

The domination of women in the legal weed industry is bucking the gender norms. In sectors like tech, for example, men make up the majority of executives, engineers and entrepreneurs. Few of these roles are held by females in big companies like Twitter and Google.

The legal marijuana sector is offering women the chance to take on a new level that has not been available in other areas of business. As the market is so new, gender bias is not yet set, and so the old traditions can be broken.

And organizations like Women Grow are helping give females the power to move to the higher ranks in the weed industry. The organization is encouraging women by helping them exert more influence and succeed in the marijuana market. Membership in Women Grow has ballooned since it began in 2014 and it now has 30 chapters across the U.S.

As marijuana legalization grows in the U.S., women are gaining more opportunities and may ultimately lead the cannabis industry. Many females are enjoying a clean start in the relatively new market and finding their place as rising entrepreneurs. They are also enjoying support from other women who also welcome the opportunity to reach higher ranks than might be available in other business sectors traditionally dominated by men.

WOMEN IN WEED: HOW LEGAL MARIJUANA COULD BE THE FIRST BILLION-DOLLAR INDUSTRY NOT DOMINATED BY MEN

Women cash in on the marijuana boom